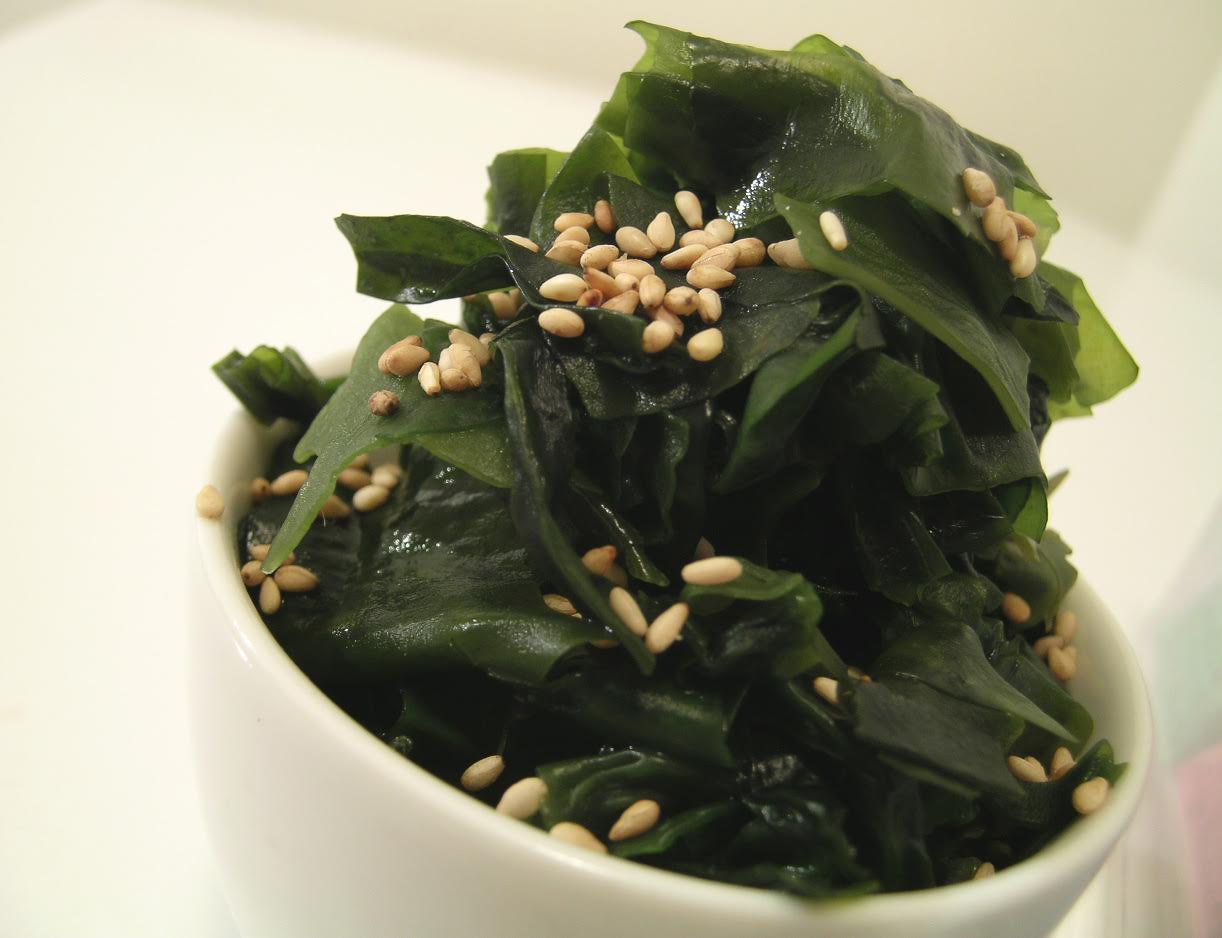 Since the April 2011 earthquake in Japan, resulting in the instability of several nuclear reactors, many people have been asking what they can do to protect themselves from radiation exposure or poisoning, or what they can do to naturally detoxify their systems if they are exposed. In more recent events, it has been reported that tainted food from Fukushima has been making its way into international markets and radiation from Fukushima is being detected along the western shores of North America. These tangible consequences of the disaster in Japan have once again reminded us to educate ourselves about what we can do to keep ourselves and our children healthy.

The following is a compilation of the research I have been able to gather on ways to naturally and safely prevent and/or detoxify your body from radiation exposure/poisoning through a diet of healthy foods and medicinal herbs.

In 1945, at the time of the atomic bombing of Nagasaki, Tatsuichiro Akizuki, M.D., Director of the Department of Internal Medicine at St. Francis’s Hospital, Nagasaki, fed his staff and patients a strict diet of the following foods: brown rice, miso and tamari soy soup, wakame, kombu and other seaweed, Hokkaido pumpkin, and sea salt. He also prohibited the consumption of sugar and sweets since they suppress the immune system. By imposing this diet on his staff and patients, no one succumbed to radiation poisoning, whereas the occupants of hospitals located much further away from the blast incident suffered severe radiation fatalities. (Tatsuichiro Akuziki, M.D. Nagasaki 1945, London Quarter books, 1981).

Seaweeds are very high in mineral content. Consuming natural iodine, such as in the seaweeds, helps prevent the uptake of iodine-131, while iron inhibits the absorption of plutonium-238 and plutonium-239. Vitamin B-12 inhibits cobalt-60 uptake. Zinc inhibits zinc-65 uptake and sulfur is preventative for sulfur-35 (a product of nuclear reactors) incorporation by the body. Sea vegetables can prevent assimilation of different radionuclides, heavy metals such as cadmium, and other environmental toxins.

“There is no family of foods more protective against radiation and environmental pollutants than sea vegetables … sea vegetables can prevent assimilation of different radionuclides, heavy metals such as cadmium, and other environmental toxins.” Steven Schechter, N.D.
Because of the possibility of radioactive contamination of seawater and sea life itself, it is important to make sure your source of sea vegetables is committed to regularly sampling and testing for radioactivity.
Other Additions to the diet
Spirulina – After the Chernobyl incident in 1986, the Institute of Radiation Medicine in Minsk proved that children experienced enhanced immune systems, T-cell counts and reduced radioactivity on this protocol: 5 grams of spirulina a day for 45 days. Spirulina can be found in most health food stores.

Chlorella – It is one of the most widely studied of the algaes and has been described as having the highest chlorophyll content. Animal studies indicate a chlorophyll rich diet increases the survival of experimental animals after lethal doses of radiation. Studies dating back to the 1950’s, including a US Army study, confirm these findings. According Roy Upton, director of the American Herbal Pharmacopeia, the use of chlorella was first developed by the Japanese as an antidote and treatment against atomic radiation. Chlorella and liquid chlorophyll can also be found in most health food stores.

Beans and lentils – These foods have high nucleotide concentrations. Nucleotides are the building blocks that make up RNA and DNA. Nucleotides also carry out several critical functions needed for cell replication, as well as neutralizing toxins, increasing cellular metabolism, improving the response and efficiency of the immune system, enhancing the effects of antioxidants and increasing the body’s ability to heal and repair. Other foods high in nucleotides include spirulina, chlorella, algae, yeast, sardines, liver, anchovies and mackerel.

Potassium, magnesium, calcium and mineral rich foods – Cesium (one of the radioactive elements released from the nuclear reactor) will be treated by the body as if it were potassium, so a potassium deficiency would tend to make one more receptive to radioactive hazards posed by cesium, according to Ingrid Naiman, medical philosopher and counselor. Potassium regulation is affected by magnesium. Magnesium and calcium need to be in proper balance. Calcium significantly decreases the amount of Strontium 90 absorbed by bone. Foods high in potassium include apricots, avocado, bananas, cantaloupe, honeydew, kiwi, lima beans, milk, oranges, potatoes, prunes, spinach, tomatoes and winter squash. Greens like spinach and swiss chard, nuts and seeds such as pumpkin, sunflower and sesame, and beans like black and navy, are good sources of dietary magnesium. Most of the foods above also contain calcium, especially the dark green leafy vegetables, along with cheese, fish and yogurt.

Avoid refined, highly processed sugars and flours – This one probably does not need much explanation, but I will summarize by saying that after radiation exposure, the last thing you want to do is eat foods that have been proven to lower your immune function.

These are herbs and medicinal foods that are either rich sources of chlorophyll and minerals, support detoxification and elimination, support the thyroid gland or neutralize free radicals.

Nettles & Alfalfa – nettles have the highest concentration of land plant chlorophyll and are an excellent source of selenium; alfalfa is a very good source of chlorophyll also – and both of these herbs are rich in a broad number of minerals.

Gingko Biloba – while this herb has a history of being radio-protective, it is not appropriate for everyone as it has the ability to thin the blood.

Triphala – studies have found that radiation induced mortality was reduced by 60% in mice fed with triphala.

Turmeric – contains curcumin, which is an antioxidant and anti-inflammatory and may help protect against radiation-induced damage to the skin.

Ashwaganda – supports the thyroid and adrenal glands.
Ginseng – can decrease side effects of radiation exposure as well as helping the body adapt to stress to aid in recovery.

Siberian Ginseng – can help protect against the side effects of radiation exposure and contains selenium.

Asparagus – another great source of glutathione, known to assist in the reduction of heavy metals and other toxins from the body, including radiation.

Red Clover – has been studied for its anti-radiation and anti-cancer effects with positive results.

Sulphur containing foods – such as Fish, Eggs, Beans and Peas, Brussels Sprouts, Onions, Cabbage, Garlic and Wheat Germ have been found to protect the body against radiation.

High pectin foods – like carrots, sunflower seeds and apples have been shown to help keep pollutants from being assimilated.

According to Sayer Ji of GreenMedInfo.com: “….Apple pectin was shown after Chernobyl to accelerate clearance of Cesium 137 from the bodies of children, and should be considered for humanitarian aid to the Japanese.”
Professional Herbalist, Brigette Mars, has also drawn up a list of radio-protective herbs, some of which are featured here:

Burdock root (Arctium lappa) helps to neutralize and remove toxins from the body. During the Industrial Revolution, burdock was recommended as medicine to help people cope with the increased pollution.

Dandelion root (Taraxacum officinale) improves the function of our body’s organs elimination process. Consider how this plant has done a good job for itself adapting to environmental pollutants.

It turns out that all of these suggestions are common-sense, proactive dietary choices that we should all consider incorporating into our lives to support healthy immune functioning, cell regeneration and gentle detoxification on a regular basis.

Vanessa has been studying and using natural medicine for the last 20 years, focusing on medicinal herbs, homeopathy, nutrition and aromatherapy. She studied for 2 years with world-renowned Herbalist, Cascade Anderson Geller, in the 1990’s. In 2009, she earned her Diploma in Homeopathy (DiHom) from the British Institute of Homeopathy and has recently graduated from The Avicenna Institute with a degree in Traditional Naturopathy.

She is the Mother of 3 adorable girls, ages 15, 13 and 11, is the founder, chief formulator and CEO of Herbs of Grace Natural Look Mineral Makeup and is a belly dance instructor. Additionally, she is the owner of Herbs of Grace Healing Arts where she is a Natural Health Consultant. While she currently calls Mossyrock, WA her home, she has spent time living in Japan, India and Germany, with her husband, Brad, and their girls.

Connect with Vanessa at her websites:

Are you interested in making your own skin care products?

If so, come join the fun!

This will be a 2-part class series where you will be learning to create your own healthy, non-toxic, natural and effective facial and body care products. You will also get to take home all the luscious goodies you make in class! This class will be hands-on, aromatic and lots of fun!

This class series will be generously hosted by Katherine Carroll at the magical Adytum Sanctuary in Mossyrock, WA.

For more information and to register, please email Vanessa@HerbsofGrace.com